Firstly – to everyone a very happy new year and I sincerely trust that we will all rally with all the resistance and love we have to combat the ******* nonsense that is perpetrating in world politics. Brazilian friends say ‘keep making poetry – they hate that’.

Here in the UK the results of the election on December 12th was a shock – we did not see such a bad result coming. But it seems as though that is the same in the USA, Brazil, Australia and all the other populist mind numbing political stances across the globe. They have crept up on us through social media, through fake news, through three word slogans ‘Get Brexit done’, ‘Keep America great’, through poisonous lies. We were not paying enough attention and now we have to create an antidote. We all need a Jacinda Arden. She proves it is possible to lead with humanity, integrity, justice and care. 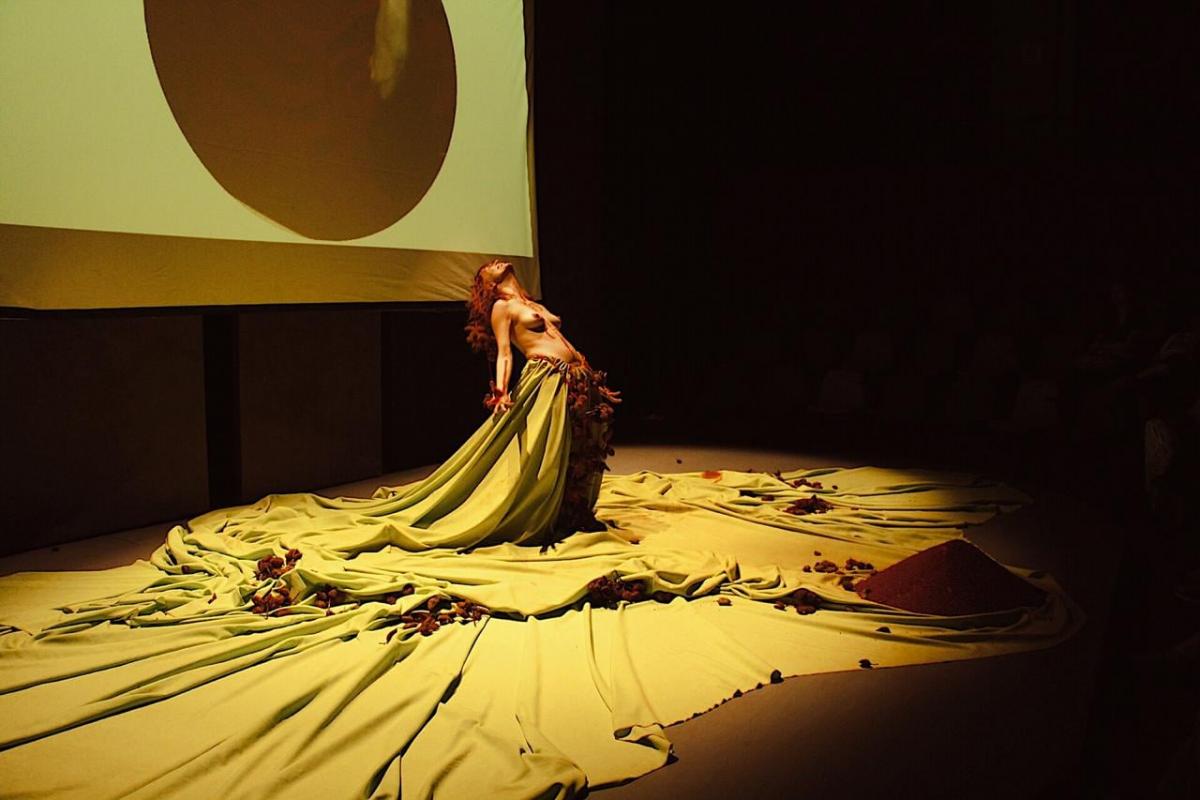 Last year was a bumper year for the Magdalena: starting with Parvathy’s inspiring Tandihatri festival in Kolkata, India in January; Magdalena Secundo Generacion’s Mujer, Teatro y Banquete in May, another major festival despite Argentina’s collapsing economy – they are prolific; in June Katrin Faber’s Singing our Place in Arhus in Denmark closely collaborating with and immediately preceding Julia Varley’s 9th Transit Festival in Holstebro, Hope in Action – an uncompromising call to arms with the now expected massive program of work so full of heart.

In September in Belo Horizonte, Brazil, Livia Gaudencio created her first Magdalena, O Levante, and as an experienced producer pulled off a really exciting and well organized festival that was a joy to be a part of (Livia is pictured at right in her performance "Urucum - Oráculo de Corpos Demarcados", directed by Violeta Luna). At the same time Helen Varley Jamieson and Raquel Ro were creating their fourth event in Munich, the Knot Festival, which over lapped with Bárbara Luci Carvalho’s third Internationales Frauen-Theatre Festival in Frankfurt. And in October Marion Coutarel directed her second Magdalena Montpellier, Visible/Invisible, linking numerous venues and cultural organisations throughout that beautiful city in the south of France. And finally Thais Medieros and her group created a three-month program of events in an extraordinary site in Sao Paulo called Vila Itororó (pictured below) aptly naming the residency Ocupaçao Magdalena 2019. 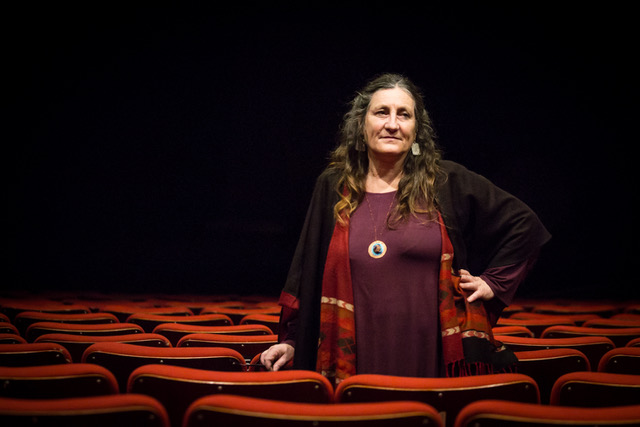 I had the honour of attending some but not all of these events and also had the pleasure of having Meg, my youngest daughter, accompanying me as an artist in her own right.

As I age, I have to admit to feeling more anxious about travelling. It is not logical because I have done so much solo travelling in my life but something strange is kicking into my mental state. Perhaps it is guilt about taking long haul flights. A feeling that gets stronger and stronger that tells me that in order not to cause more harm I must do less, not more. The climate emergency cannot be ignored any longer and we are all culpable. And I feel this is creating – at least in me – an existential shockwave leaving me floundering and asking myself on a daily basis what I should do.

In Australia we can now see the rage that Nature is expressing and the same rage will be felt across the globe. She is fighting back and she will win. She is no longer willing to offer her gifts only to have them abused – she is no longer benevolent and trusting – she is demanding we re-connect with the ancient knowledge of the indigenous peoples of all continents. I wonder if we can; or have we have lost the capacity to move slower, cause less harm, and listen? 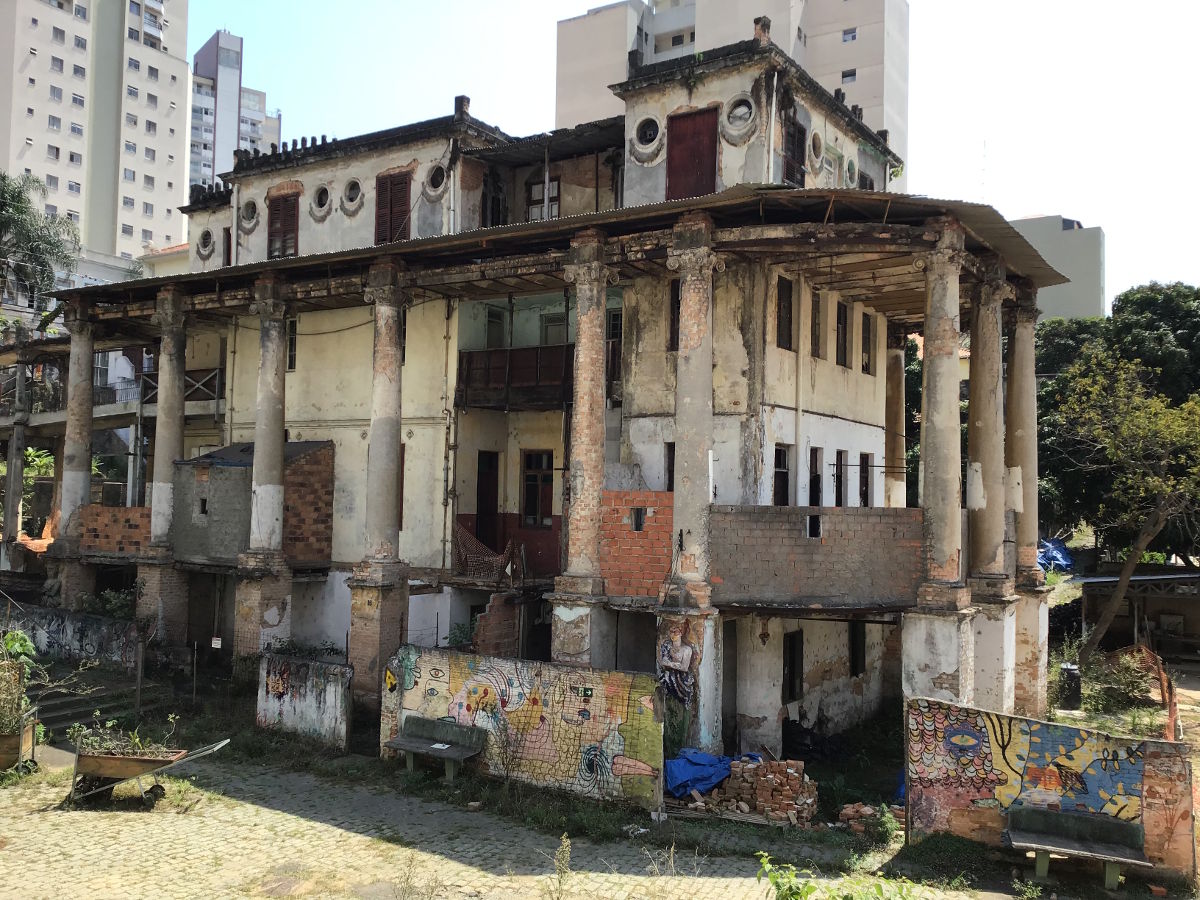 Submitted by jillgreenhalgh on 14 January 2020.
send mail to
the Magdalena Project