In your deck of cards, there are two Jokers. Often these are seen as being identical, but you taught me that if you look closer that one Joker card is slightly different and more embellished than the other, and is the most magical card. I jokingly called this card ‘the Mette’, and we laughed when it magically appeared, usually in your hands!

Italians call the Joker, the Jolly (or the Jolly Joker). In English, the word jolly can mean either someone who is cheerful, lively or entertaining but can also mean a fun time - and what many fun times we had. When I think about it, I’m not sure of many moments where you were not the cheerful, lively and entertaining Jolly Joker. Even in the most stressful of situations (usually others) your eyes always had a jolly glint in them, and you could restore perspective and calm to any situation with the delivery of one short, witty and humorous sentence, alongside your signature smile! I absolutely loved this about you, and it always remined me of the character of The Fool in King Lear. Joker cards can sometimes be called The Jester or The Fool, but if you were a fool, you were not so much foolish, but like that of Shakespeare’s Fool - the wisest person within the text.

Often Joker cards would sit on the side of the deck unused while we played games with the other cards, and yet, when we called on them for a game of ‘Go Fish’ or other games that they are used in, they were ready and willing to play their part, as were you, making costumes; volunteering to drive people to fetch items or people; cleaning; cooking (especially your tomato soup); helping with translations and funding applications, particularly with those you had offered your home as shelter to, and who were trying to make work in Denmark, temporary or otherwise...the list of your contributions are endless, but your hugs - they were the best!

In some card games, the Joker can be played to skip actions, and I think of all the washing and cleaning after lunches and dinners where the tasks weren’t fully completed in time to get back to the scheduled programme, and there you were saying “You have done enough, we can finish the rest!” and you and the Odin Volunteers completed the task so that we could skip the finishing of these actions. Even in later years when your body wasn’t as strong and mobile, you carved out a way to continue doing, by showing where the heavy items, such as the stacks of plates, were best put so that you could still load them in the dishwasher without needing to lift them.

Like the Joker card sitting on the side waiting to help, you never drew too much attention to yourself, or the now daily pain that you had in your body. Even at the last Transit, you stood behind the table with your frame serving beers, and it wasn’t until I suggested that you could sit doing the task and lifted a seat over the table for you, that you joked about how you felt like a queen sitting on her throne (everyone present laughed) -yet still you did not speak about how the standing was difficult – a joke, a laugh, a smile even in difficult times. I remember at the time replying by saying, “You are more than a queen, you are the Jolly Joker” to which we laughed again. The next day the chair was gone and you were standing again!

The Joker card also belongs to no specific suit within a deck of cards, and like you Mette it can be used/can volunteer, to replace any card within a suit. It also ranks as the highest card of all suits. You stepped up to every task and accepted everyone from all walks of life with no judgment - you were our wild card, our top trump, our jester, the wisest of fools and the jolliest of all jokers!

There is a phrase that is sometimes used in reference to the Joker card which says, “It won’t just make you laugh, it will make you win”. Beyond all the laughter over the years you provided the support, hope and belief to make us win in our tasks, in ourselves, in our work. We won, and were winning Mette, simply because we had beautiful you in our lives. I will miss you dearly.

I will end in the same way we always did - with a huge hug, a big kiss on your cheek (I’m not wearing lipstick today so no need to wipe it off) and with the words ' I love you'. 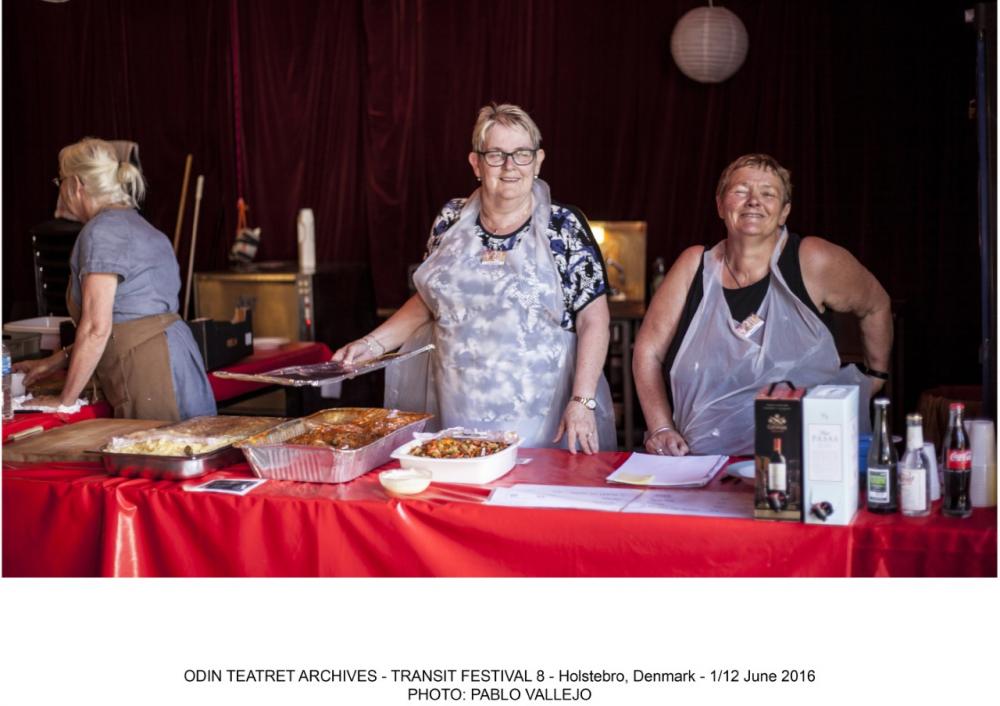 Submitted by LindaCunningham on 9 March 2020.
send mail to
the Magdalena Project