the revenge of the arapedes

Today I pruned the roses and bougainvillea. The garden is magnificent, after two lockdowns and two curfews and 10 months of inability to perform in public.

I have never stopped working, writing, creating. It's hard, yes, it's hard, but I know and I see that in my city, in my country and elsewhere, there are some whose situation is much worse than mine. There are figures – the stock market is doing very well, during the health crisis the richest 10% have increased their wealth, and inequalities have widened. The big losers in this story are, as usual, the most precarious, the poorest. 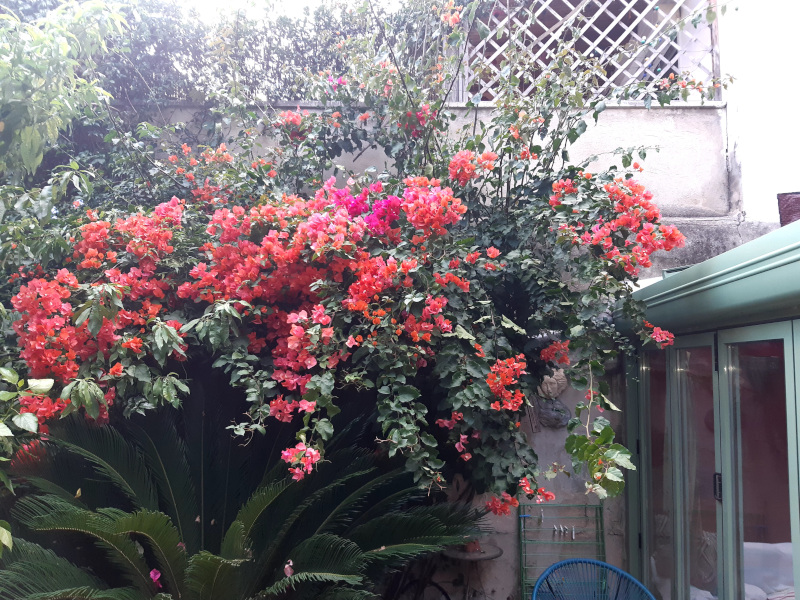 The world of culture to which I belong cries out, mourns, laments, is indignant; but this world is only a replica of our unequal society and reproduces the same gaps and exclusions. I can't take offense at this label of the culture as “non-essential”, as my fellow artists do. For a long time this microcosm of small companies, "unofficial" artists, not recognized by cultural institutions or the self-proclaimed world of culture, have been considered non-essential, accessory, marginal and therefore very little programmed, broadcast, or paid.

For all these artists, the struggle to exist and make a living from one's profession is a struggle that began long before this crisis. And in this unequal struggle, and in this rage to pursue our artistic path, we have developed artistic survival strategies.

It is now more than 40 years that I have made a living from my profession as an artist, and 30 years since I created my own company, Voix Polyphoniques. It is a course that we would call here very atypical, as cultural grants have never been more than 20% of my overall activity, even if they helped me. To survive, from the start I developed several fields of activity: creation and diffusion of course, but also teaching, cultural projects with schools and social centers, vocational training, choir conducting, working with amateurs. All these activities have for me always founded the place of the artist in the city, in the territory: the artist does not only exist in the theater but also goes to all the places where culture has no place. I do not forget that this approach, which allowed the survival of my company, (the sale of shows was not enough to pay all the artists), I do not forget that this approach 20 years ago was despised, not valued. We were the artists "not good enough" because we worked with amateurs and did social works, not pure and hard art. I don't forget that at that time, the artists' union wanted to take away my right to work as a professional artist because I was also leading amateurs!!!

All these commitments which were also survival strategies have nowadays become the DNA of any cultural policy in France, where we now have to lead creation on all these fronts!!

No, I do not feel concerned by this indignation around the "culture" taxed as non-essential!! It has been a long time that I have been considered non-essential in my country! And it taught me to work at any cost, not seeking recognition at any cost, or approval in the eyes of my peers, but to work because for me it was essential and still is.

Here in Provence there is a small mollusk called the “arapède” (limpet, barnacle) stuck to the rock and impossible to take off. I can see all these companies, these artists, these "little people" like arapèdes clinging to their rock, and who have learned to survive crises, rejections, indifference and will resist. 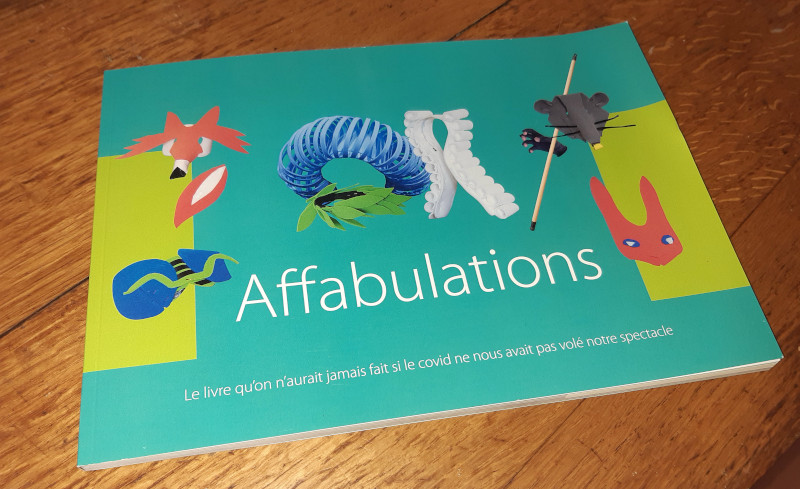 We transformed a show with 100 children that was scheduled at the Odeon Theatre in Paris into a book with the songs, the booklet, the photos, the children's drawings, and we gave it to them.
We recorded with the children at the end of the first lockdown the songs of the show.
We wrote a diary with the choristers prevented from singing and we published a book.
We recorded songs with the choristers, each one at home with a headset in front of their phone, we edited it and put it online on youtube.
We created an 8mn film with the recordings of each one talking about the chorister path.
We rehearsed “Opératorio. The voice of language” during three residences, which is a show scheduled for June 2021 in Marseille.

I submitted 13 applications for grants and creative support. 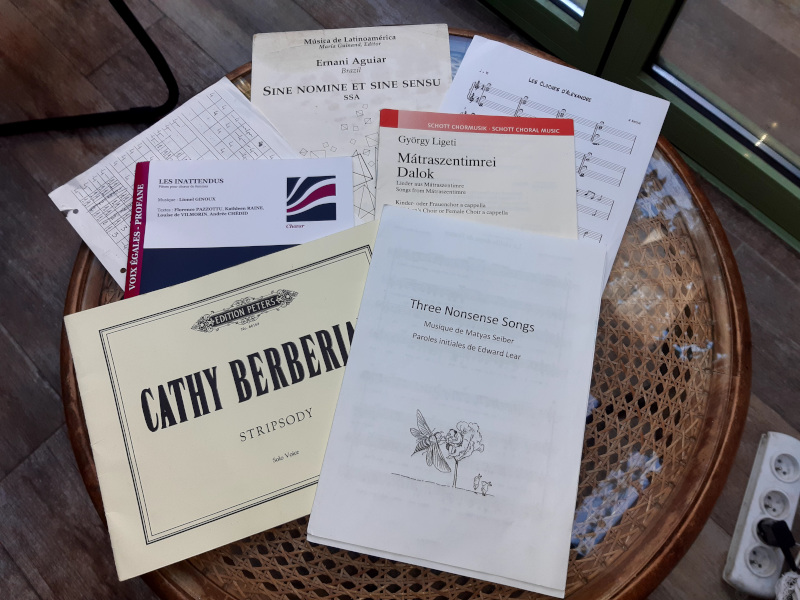 I initiated a festival that will start in March, called "Ne venez pas!" (Do not come!), with 20 choirs who will sing at the same time in Marseille once a month for people at home on balconies or at windows.
I continued to work on my instrument: the voice, every day, almost.
We wrote and published a cookbook during the second lockdown, with the choristers who were still prevented from singing.
I became a grandmother for the second time between the two lockdowns and went to two funerals. 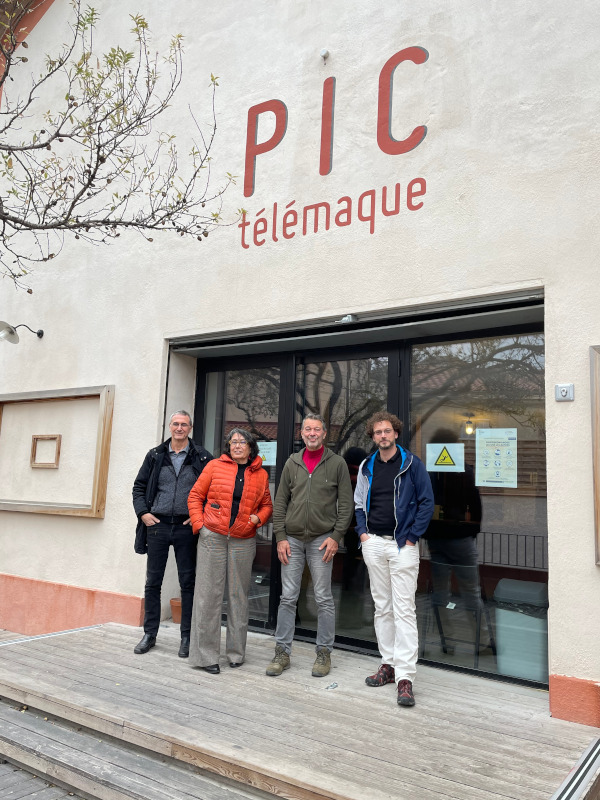 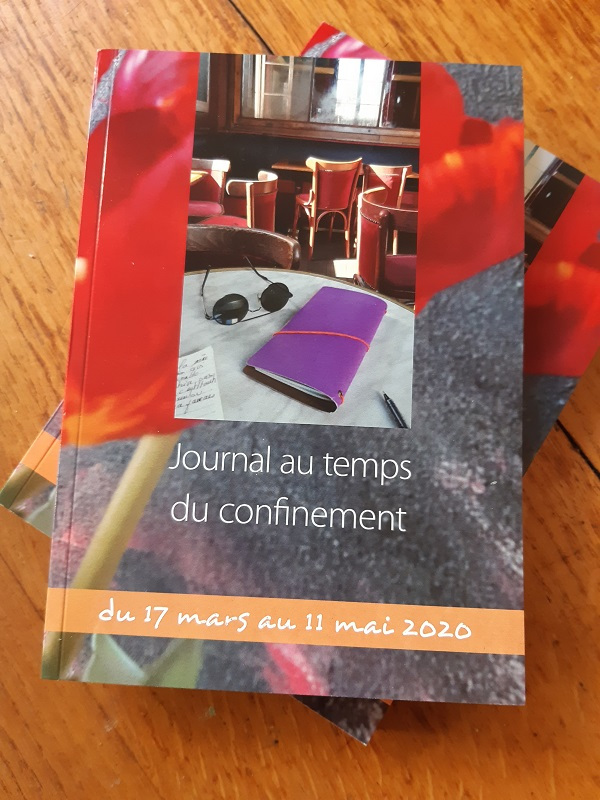 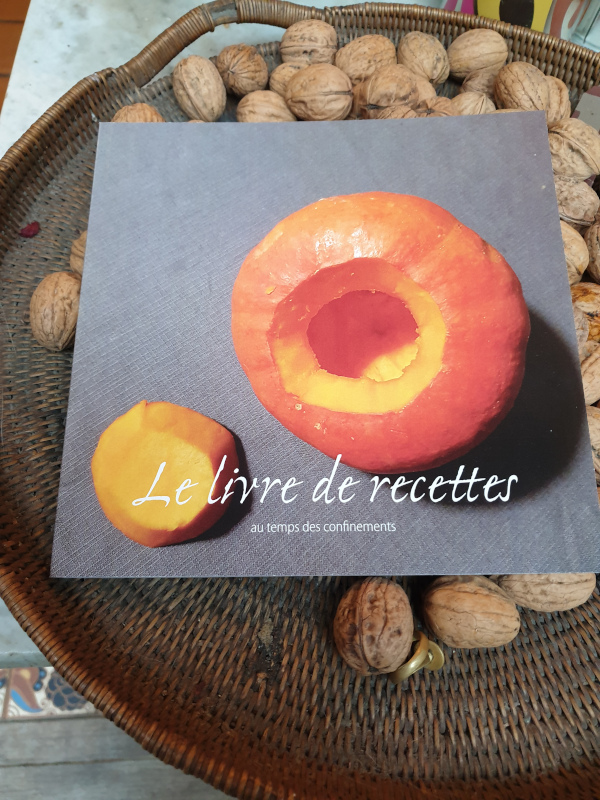 Our elders have gone through two wars and pandemics, our contemporaries in the world are also living wars; we owe it to them, we have to hold on to our rock. It was recently discovered that the arapedès clean the seaside rocks by eating all the micro-algae. An invisible ecological balance!

Let's not forget to prune the rose bushes and maintain the gardens. 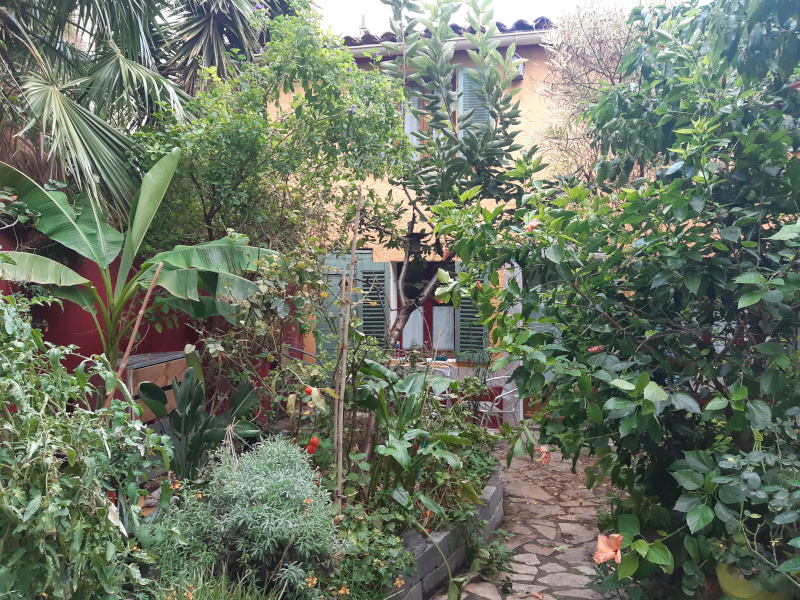 Submitted by Brigitte Cirla on 29 December 2020.
send mail to
the Magdalena Project