Performativity in Times of COVID

I thought that the COVID pandemic would be an opportunity to give new meaning to our lives, that this forced pause would lead us to reflection and reparation, not only of the damages that we do as human beings, but of the damages that we inflict on mother earth; that it would be an opportunity for the reinvention of our lives and our creative practices.

The truth is that this state of exception to which our bodies have been subjected in this global pandemic, is not the same for everyone. There are those who had and have the privilege of being isolated and protected against the pandemic (in the United States where I live, we suffer from the negligence of a misogynistic and racist government, whose only priorities are to sow hatred and divide the country to win the next elections.) However, there are many who have to go out into the streets to support with their jobs a system that makes their lives precarious, that does not take care of them, violates them socially and economically, and offers them little access to health.

Amidst this uncertain picture of COVID-19, there is another untreated pandemic: structural racism, further exposed by the murder of 46-year-old African American George Floyd at the hands of a white police officer.

These two pandemics have disproportionately impacted our black, indigenous, and Latino communities, and have renewed a brutal stigmatization of Asian communities (BIPOC: Black, Indigenous, and People of Color). The pandemic of racism that violates our bodies and reveals itself in every act of daily life, ranges from police brutality to the exclusion of people of color from theatrical spaces, and is internalized in our bodies. The United States of Make America Great Again is the Petri dish where the history of the confederation is defended, immigration is seen as an infection that must be stopped with a wall, and federal police disappear protesters in unidentified vehicles.

Fortunately, hope appeared with the public response, recovered by the exercise of the right to protest. The rejection of racism was stronger than the fear of contagion, which did not stop the urgency of taking public spaces. Another contagion prevailed: the infectious power of resistance and the denunciation of a single voice chanting "I can't breathe!", "Black Lives Matter!"

The response from the performing arts did not take long. I highlight the denunciation by the BIPOC collective We See You, White American Theater (WAT), where artists, technicians, and administrators, from a multigenerational and multidisciplinary platform, demand a new social contract to "address the scope and omnipresence of the fight against blackness and racism in the American theater." This complaint was followed by the publication of a 29-page document asking for actions that include demanding that half of Broadway theaters change their names to those of artists of color, that for a time BIPOC artists represent the majority of theatrical contracts, and that theaters terminate their security agreements with police departments. Other notable efforts include the virtual public debates conducted by Black Theater United.

The protests have transformed the streets of the cities into a great stage. As is often the case there, the "common folk" surprise us with images of deep and moving performativity. By way of hope, I leave you with one of the most significant images: a black woman, Brianna Noble, entering the streets of Oakland on horseback like a contemporary Amazon. She said she wanted to show protesters something to inspire them, and the media something positive to focus on. Riding on her horse, Brianna offers us an image of strength and determination that with infinite clarity cuts through the mist of teargas and the smoke of fires. May it also inspire us to courageously continue showing the present, and imagining an inclusive future, from our art. 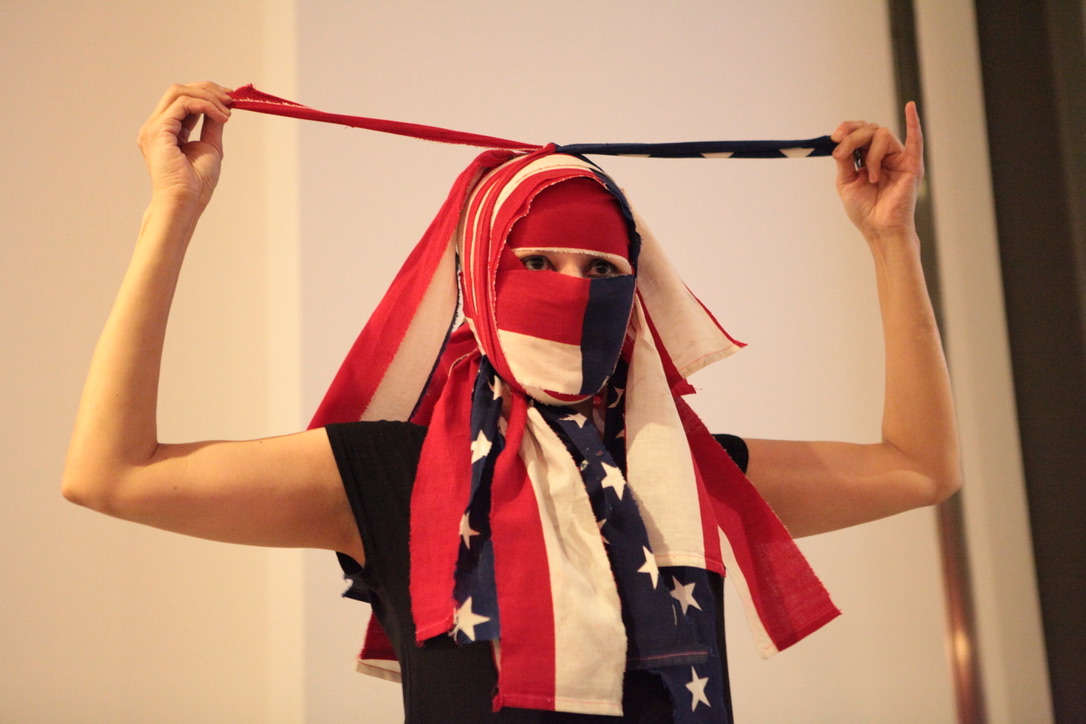