Frances (Fran) Medley, who has chosen to end her life at the age of 44, made an important contribution to the history of the Magdalena Project in Wales.

She was Chair of the Board of Management for several years, culminating with the 2011 Festival, Legacy and Challenge. Her leadership was integral to the success of that event since it was her meticulous attention to both raising and overseeing the spending of the finance that made the Festival viable. Despite having been diagnosed with multiple sclerosis (MS) 8 years ago and being in constant pain, Fran was generous with her time in the many meetings involved, and full of humour. During the Festival she made the young women who volunteered as interns her special responsibility and looked after their interests and concerns. Sadly her health prevented her from travelling to other Magdalena events but her gift to the Project in Wales was enormous.

Fran was determined that her life should not be defined by her illness so it's right and proper to celebrate her many achievements. Frances Victoria Medley was a remarkable woman. Born on May 23rd 1969 in Mzuzu, Malawi where her father was teaching, Fran spent many of her first seven years in Africa and retained a nostalgia for that part of the world so strong that she asked that her ashes should be taken back to Malawi. She told me that choosing to study Agricultural Economics at Aberystwyth was connected with a desire to work in Africa, although, after she graduated in 1990, having enjoyed a year in Washington State University along the way, she chose to work in Cardiff rather than somewhere more exotic. 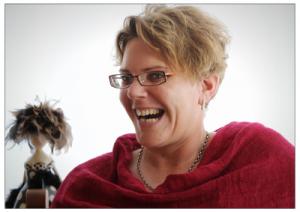 Her first job involved the rehabilitation of prisoners and marked the beginning of a career rooted in a commitment to equality and justice. She believed that it was possible to make a difference in people's lives and went on to prove this through her work for the mental health charity, MIND, Women's Aid, and the housing organisation, Tai Cymru. In particular, she was always a feminist and an energetic defender of women's rights. After a woman was murdered by her husband at a Women's Aid refuge in North Wales, Fran commissioned a safety audit to make Welsh refuges as safe as possible. Despite the impact that she made subsequently on the arts here, she often cited this as one of her proudest achievements.

Although I didn't meet Fran until several years later, I first heard of her when she became Director of Planning for the Arts Council of Wales. At a time when no-one had anything complimentary to say about the Council Fran was always referred to as a Good Thing and there was general approbation, not to mention a collective sigh of relief when, even though she was a woman and not quite 30, she became Acting Chief Executive. Her clarity, keen intellect and extraordinary sense of purpose, together with an ability to challenge as well as support, enabled her to move the Arts Council forward and heal some of the rifts. The formidable reputation that she developed during that time made her much in demand when she subsequently embarked on a freelance arts career. She worked as a consultant, mediator and facilitator; was an indefatigable Board member; saw and appreciated innumerable performances; and rescued many arts organisations from disaster through her wisdom and hard work. There are many artists, dancers, theatre practitioners, writers and makers who owe Fran a huge debt for her generous and unstinting support. Latterly I have been aware of how passionate she was about encouraging and mentoring young people and how much of her time, energy and spirit she gave freely, and at great cost to herself given her state of health, to anyone she felt she could and should assist. As in the early days of her career she continued to believe in making a difference! 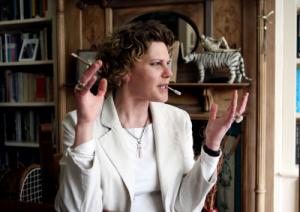 Lest this account makes Fran sound too industrious and serious, I must mention her Alter Ego, the Sophisticated Spinster, who featured in her blog Victorious Endeavours. The Spinster displayed a keen sense of the absurdity of daily life and revelled in discussing her serious jewellery, shoe and bag habits, not to mention less sophisticated topics such as unwanted body hair and what to do with it. Fran kept her illness at a distance by christening it Cruella and transforming some of said Cruella's worst antics into wry and funny blog posts, albeit with a bleak undertone. She loved writing, filled many journals with her musings, and has left a body of work to be edited and put into the public domain in the future, some of it dealing with the political - small p - implications of battling with a chronic degenerative illness within the limited confines of the National Health Service.

Fran was a complex person: gregarious, private, generous, humorous, witty, passionate, meticulous, fiercely independent, brave, dignified and determined. She made her mark in the public world but she was also a loving daughter, sister and niece;  a loyal friend and mentor to many;  a devoted Godmother; a writer and reader and an aesthete with a passion for beauty and style.

Early last year she confided that she did not know how much longer she could go on living, adding that she was sorry that in order to be out of pain herself she needed to inflict pain on those who loved her. Nevertheless she felt compelled to end a life that had become unbearable to her because of the relentless physical, mental and emotional suffering that was the consequence of her illness, with its associated loss of freedom, independence and dignity. She was a very organised person and she prepared for her exit with meticulous care, leaving many of her possessions as bequests and writing cards and letters to be distributed after her death. She chose to make the ultimate lonely journey but it was essential to her that people would understand the crucial distinction she made between committing suicide and ending her life at a moment and in the manner of her own choosing. This was so important to Fran that she made a 10 minute film called An Explanatory Statement which we showed at her Wake, which was held appropriately at Chapter Arts Centre in Cardiff. She also wrote a final blog post which was headed A Sophisticated Sign Off, and finished with the words:

"So live life as though it could be snatched away from you in a heartbeat; take managed risks avoiding recklessness; and treat your fellow travellers with tenderness and care."

Fran asked me to create and lead her funeral service as she was fiercely opposed to the idea that a stranger should talk about her. She chose the music and readings and set the tone for the occasion with the playing of Piaf's Non, je ne regrette rien as her coffin was brought in followed by many mourners. In the last card that she sent me, which I received after her death, Fran wrote

"Finally the Spinster has reached her destination; pain free, at peace and having left Cruella on the platform. Imagine the smile on a relaxed face, wrinkle free and gorgeous."

I invoked peace for her in the Celtic blessing that I read at the conclusion of the service. Her tremendous clarity and courage has surely earned that for her.

Submitted by Gilly Adams on 15 October 2013.
send mail to
the Magdalena Project