Can we have a loud voice and still be in silence? 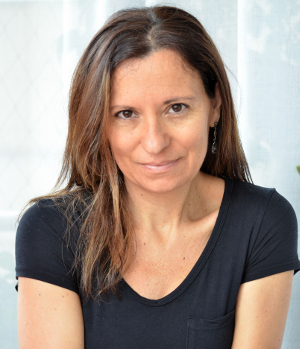 As you read this post I will probably be walking on the Way of Santiago for ten days. It’s been a long desire. In 1998 I was performing in Lisbon and I did a part of the Way by car. I promised myself I would come back to walk it when I got older, probably around 50. Twenty years later here I am. I turned fifty and finally the need to be silent and keep moving for a while has overtaken all other plans and engagements. Urgencies – and my 8 year-old daughter – will have to wait for a while.

Silence has been a personal search in the last years. As I get older, meditation in movement and silence make much more sense in my life. I become impatient with talkative performances and people. I remember Jill’s reflection in an Open Page article: “imagine that the world stopped words for a week. (…) Would it be a holiday or hell? Would the weak with words be heard? Would the muted crying of the frightened, hungry and isolated perhaps be heard? What thoughts might have time to be thought in the wordless spaces?”

August has been pretty noisy. In the beginning of the month my city (Florianópolis) hosted one of the largest events about gender in the world: Fazendo Gênero, an academic international seminar on gender studies which this year happened in partnership with Women’s Worlds, more engaged with social movements. We had around 8.000 women from all around the world, including a bunch of Brazilian Magdalenas showing solo or group performances. Besides dozens of seminars, conferences, workshops, performances and group works, we had a beautiful march.

Inevitably all the amazing things we have lived recently in Brazil and in the world – from Temer (our post-coup self-designated president) to Trump – came together in an immense, intense and peaceful women’s march with around 7.000 people. The streets of downtown were occupied by women including me with posters and manifests shouting for rights, political issues, equity of gender, dignity and respect. Obviously these kinds of manifestations are usually noisy and full of emphatic words. To speak out loud and make yourself heard is part of the feminist project.

As I prepare my pack for these walking and thoughtful days I think of my need for silence to get in touch with the other and with myself. I wonder if we, as women, can find the power of silence without giving up our voices. Maybe the quality of presence we have is a possible answer.

Submitted by marisanaspolini on 26 August 2017.
send mail to
the Magdalena Project