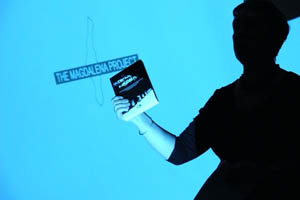 The Magdalena Project is committed to nurturing an awareness of women's contribution to the theatre and performance, and to supporting exploration and research by offering concrete opportunities to as many women as possible, both in the profession and in study.

The idea for the Magdalena Project was born at a café table in Trevignano, Italy in 1983.  In August 1986, 38 professional women theatre practitioners from 15 different countries met in Cardiff, Wales, for three weeks at MAGDALENA '86 - The First International Festival of Women in Contemporary Theatre. This was the birth of the Magdalena Project. Between 1986 and 1999, the Project had its administrative base in Cardiff, Wales, under the artistic directorship of Jill Greenhalgh. Hundreds of independent women theatre artists from 5 continents were invited to promote and share their performances and working methods. During all this time and since, the Project has developed a unique horizontal structure which has enabled it to function internationally, and for the name and history of the Magdalena Project to be adopted and augmented by women all over the world.

For information about events organised under the name of Magdalena, please visit the archive on this web site; there are also numerous books and articles which document different parts of the story - these can be found in the publications section. 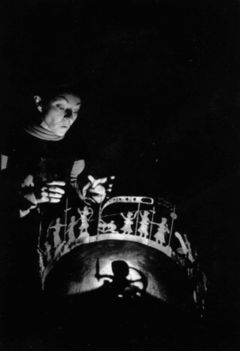 A documentary film, "Magdalena", by Jill Greenhalgh and Sarah Penrhyn Jones (2013) can be viewed here.

So much women's art has been left unrecorded, leaving few precedents with which to compare work. The tide has, of course, turned and feminist theories of creativity have been rapidly emerging in the last twenty-five years. However, the struggle of women in theatre is still couched very much in terms of winning a place within existing structures rather than in questioning the function of those structures. The Project has challenged this situation and encouraged women to examine their role in the future of theatre in more depth. Through looking at existing work by women, by sharing methodologies, by examining form as well as content or by making new material, the Project has been trying, practically, to reveal recurrent themes, vocabularies and images. Perhaps it's possible to begin to identify a theatre that has universal resonance for women - perhaps not - the work of the Project is to find out. The Project aims to provoke the organisation of opportunities for women to explore new approaches to theatre-making that reflect, more profoundly, their own experiences and political priorities.

The Magdalena Project has: